Mark Crispin Miller is professor of media studies at New York University and the author of the book: Fooled Again, How the Right Stole the 2004 Elections. He is known for his writing on American media and for his activism on behalf of democratic media reform. His books include Boxed In: The Culture of TV, Seeing Through Movies, and Mad Scientists, a study of war propaganda.

Miller writes in his book, Fooled Again, that the 2000 U.S. Presidential election and 2004 U.S. Presidential election were stolen. Miller presents extensive documentation, backed by 56 pages of notes, supporting his contention that the outcome of both elections was altered and controlled by a small minority. He states that the American voting populace can no longer assume that their votes will be accurately assessed, and that the installation of electronic voting machines in state after state is a fundamental flaw in the U.S. electoral system. He appeared in the 2004 documentary Orwell Rolls in His Grave, which focuses on the hidden mechanics of the media, its role as it should be and what it actually is, and how it shapes (to the point of almost controlling) U.S. politics.

Jonathan Simon is a graduate of Harvard College and New York University School of Law and is a member of the Bar of Massachusetts and author of Code Red:Computerized Election Theft and the New American Century. As a result of his prior experience as a political survey research analyst for Peter D. Hart Research Associates in Washington, he became an early advocate for an exit poll-based electoral “burglar alarm” system, independent of media and corporate control, to detect computerized vote shifting in Election 2004. In the absence of such a system, he was nevertheless able to capture and analyze critical official exit poll data briefly posted on the web prior to its election-night disappearance, data which served as an initial basis for questioning the validity of Election 2004. Dr. Simon is a member of Alliance for Democracy and We Do Not Concede, and has worked closely with several key election integrity organizations, including National Ballot Integrity Project and National Election Data Archive. He has authored or coauthored several papers addressing statistical anomalies and other evidence of computerized election fraud, and has collaborated with Bruce O’Dell in the development of an effective hand count sampling protocol to be deployed as a check mechanism where computerized vote tabulation is used.

Bob Fitrakis is an American lawyer, political author and writer, political candidate, and Professor of Political Science in the Social and Behavioral Sciences Department at Columbus State Community College where he won the Distinguished Teaching Award in 1991.  He has been the editor of the Columbus Free Press since 1993 and wrote extensively about the U.S. presidential election 2004 and related 2004 U.S. election voting controversies. He was a Ford Foundation Fellow to the Michigan State legislature in 1975 and studied at the University of Sarajevo on scholarship in 1978. Fitrakis earned a J.D. from the Ohio State University Moritz College of Law in 2002. His Ph.D is in Political Science from Wayne State University in Detroit, Michigan. He has also taught political theory at the University of Michigan-Dearborn and political science at Wayne State University and Oakland Community College. Undergraduate: Grand Valley State Colleges, B.A. History and Political Science and Redford Union High School. 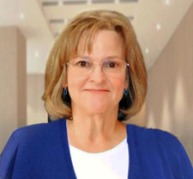 Karen McKim has served as coordinator of Wisconsin Election Integrity (WisconsinElectionIntegrity.org) since its creation in 2012. At that time, she’d just retired from a 30-year career with the State of Wisconsin, managing quality-assurance programs for the Department of Health Services and supervising management audits for the Legislative Audit Bureau. She received her Master’s degree in Public Administration from the University of Wisconsin-Madison. Karen ran for Dane County Clerk in 2016, prompting serious discussion of post-election audits in Wisconsin for the first time. She advised the Stein campaign throughout the Wisconsin recount, and is the primary author of their final report on the recount findings. The most useful audit principle she learned in grad school: Never attribute to malice that which can be explained by incompetence. 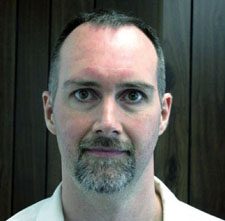 Jon S. Warner, Ph.D., is a Systems Engineer who heads the Radiological Detection and Vulnerability Assessments Section at Argonne National Laboratory. Prior to become a section leader (2015), Jon was with the Vulnerability Assessment Team (2002-2015). He has defeated or assisted in defeating over 1,000 security devices, systems, and programs for a variety of sponsors. His research interests include vulnerability assessments, access control systems, tamper indicating devices, nuclear safeguards, GPS spoofing and countermeasures, and developing novel security devices. Jon received B.S. degrees in Physics and Business Management from Southern Oregon University (1994, 1994), a M.S. (1998) and Ph.D. (2002) degree in Physics from Portland State University.

Register for The Election Integrity Conference 2017

Donate to The Election Integrity Conference 2017